Minho is a Portuguese region located in the north of the country and it was a former natural region known as "province" and legally established through administrative reform in 1935.

Being responsible for the separation of Portugal and Spain, the River Minho headquarters also gives its name to this beautiful green area, full of traditions and of great historical wealth. The region is full of medieval villages, castles and with traditional monasteries, many of them being classified as national monuments.

This region saw the birth of the first king of Portugal, Afonso Henriques, during the twelfth century in Guimarães, the city that would be considered in 2001 World Heritage Site by UNESCO, due to its magnificent historic center.

The city of Guimarães is one of the most important historical cities of Portugal, carrying the national banner, saw even born the first king of Portugal, Afonso Henriques.

Guimarães presented some of the historical and major political events, that led to the independence and the birth of a new nation.

Classified as World Heritage city in 2001 by UNESCO and later, in 2012, considered European Capital of Culture, Guimarães is a perfect example of the transformation of a medieval city in a present-day city being asle to fuse its history and consequent preservation of its heritage with the dynamism and evolution that characterize modern cities in a perfect harmony.

Founded by the Romans in 27 BC as Bracara Augusta, the city of Braga has over 2000 years of history. Located in northern Portugal, Braga is a city in constant development, growth and expansion.

It holds a vast religious heritage, as for example, the Cathedral wich is considered one of the oldest in Portugal built in the century XI and where the tombs of Henry of Burgundy, Count of Portugal and his wife, Teresa of Leon, parents of D. Afonso Henriques, as well as the splendid Sanctuary of Bom Jesus, whose construction dates back to the early fourteenth century and where a long staircase leads us through chapels and sources to meet its majestic church surrounded by beautiful gardens.

A city famous and renowned for its ceramics and crafts fair, as well as by the Barcelos rooster legend, a colorful rooster that has become a national symbol, Barcelos holds a vast architectural heritage which is highlighted by the Barcelos Bridge, the Temple the Lord of Bom Jesus da Cruz, the Mother Church which dates from the twelfth century and where you can appreciate drives tiles of the eighteenth century, the ruins of the Palace of the Dukes of Bragança and the gothic pillory that would have been built on the principles of fifteenth century.

Located at the mouth of the river Lima, Viana do Castelo is proud of its seafaring history and it was one of the major ports during the time of the Portuguese discoveries.

Dominated by its imposing hill, where at the top you can visit one of the main monuments of the city, the Sanctuary of Santa Luzia, with a neo-Gothic and Byzantine style, built in the early century XV, Viana do Castelo invites us to visit and admire equally to Mother Church / Cathedral, the Church of Santa Cruz in the Republic Square, the allegorical Source and houses Career with Manueline style façade.

In addition to its history and culture, the city of Viana do Castelo offers all its visitors the opportunity to experience the distinctive flavors of Portuguese cuisine, accompanied by its excellent white wine.

Located in the Valley of Lima, Ponte de Lima is a Portuguese village characterized by its medieval and Renaissance architecture, as well as for its natural beauty and rich cuisine.

Overlooking the river Lima, this charming and ancient village of Portugal, sees the genesis of his name linked to its historical bridge of Roman origin, which played a key role in the struggles against the Moors, the independence of Portucalense County.

Obligatory reference in scripts, guides and maps, not only for its history but also for its people, lime Bridge is still an important point for pilgrims who flock to Santiago de Compostela. 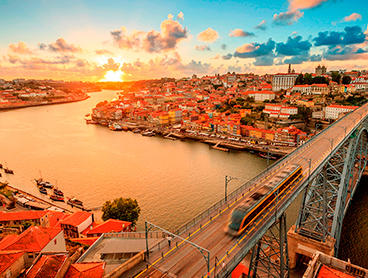 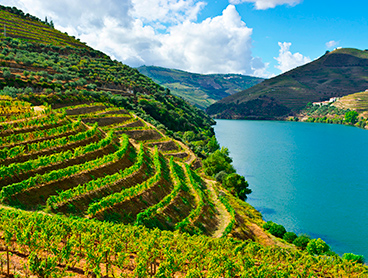 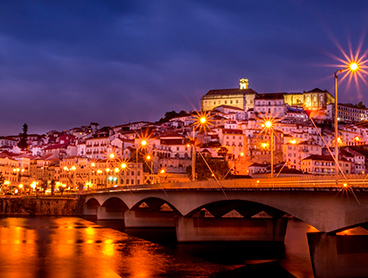 The center or region most known center for borders is a region of Portugal, bounded on the north by the Metropolitan Area Of Porto...
Ler Mais